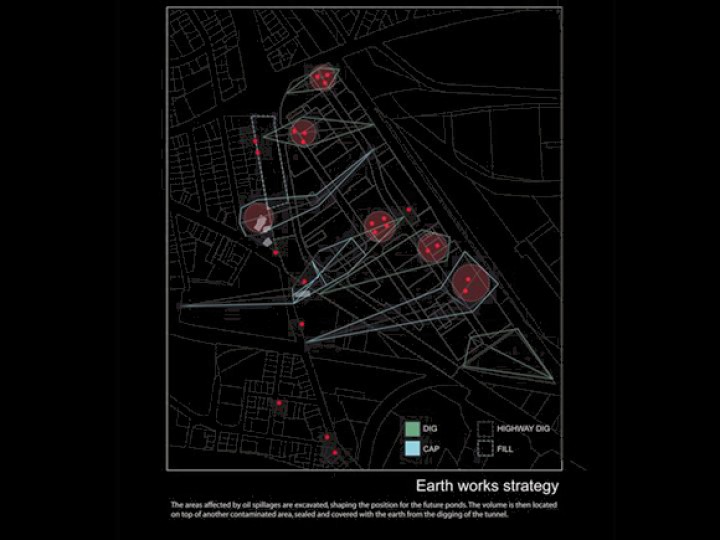 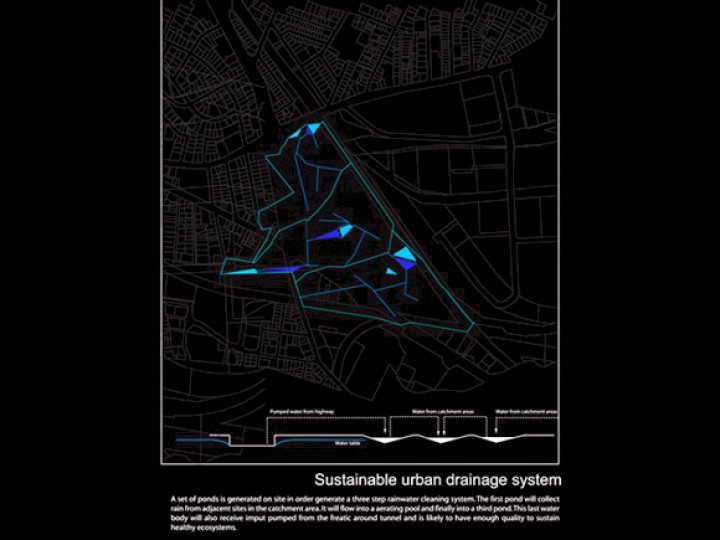 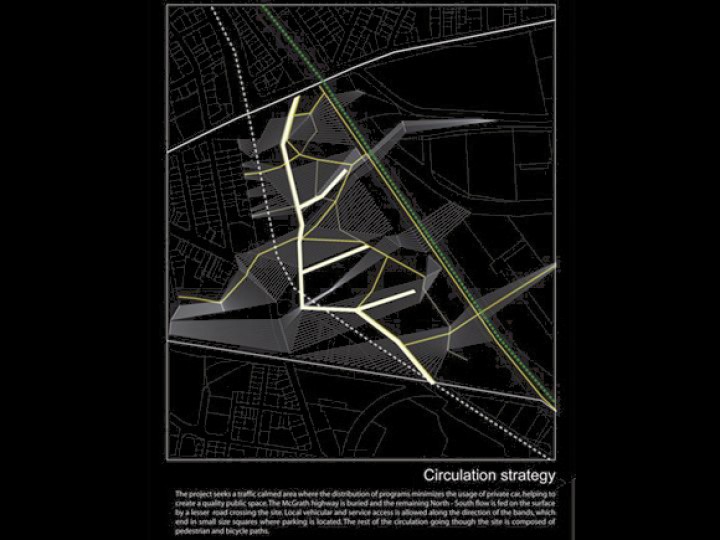 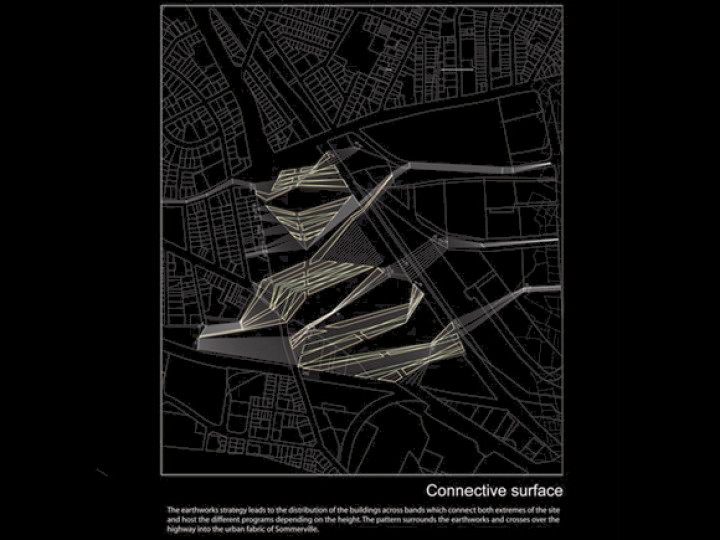 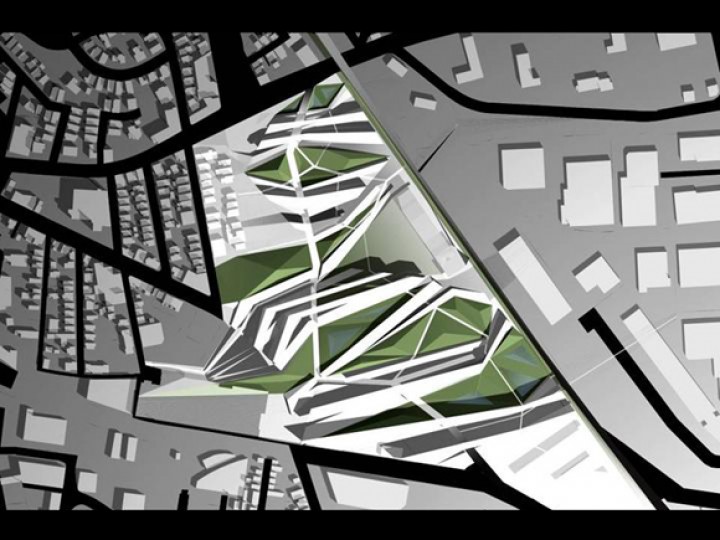 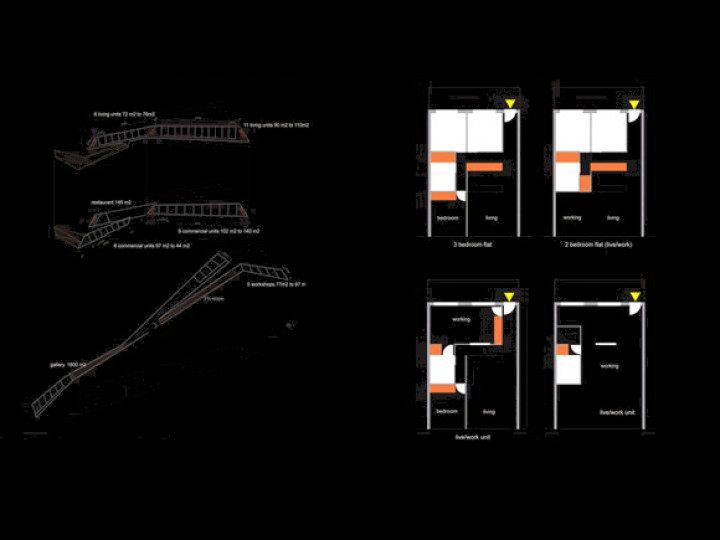 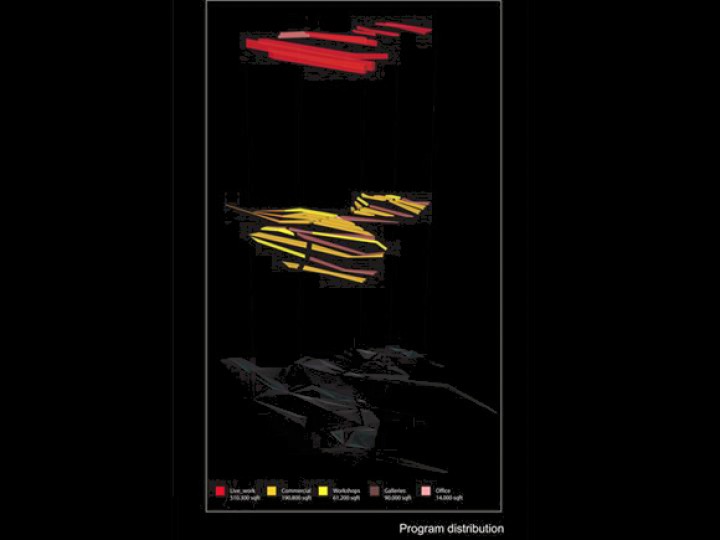 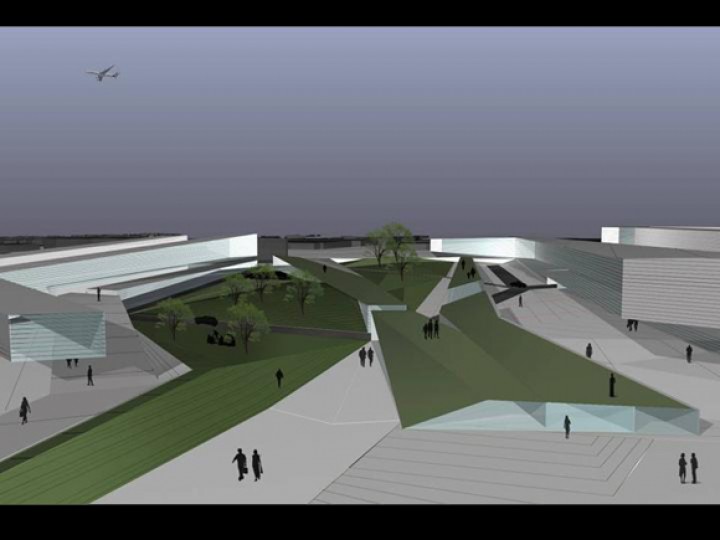 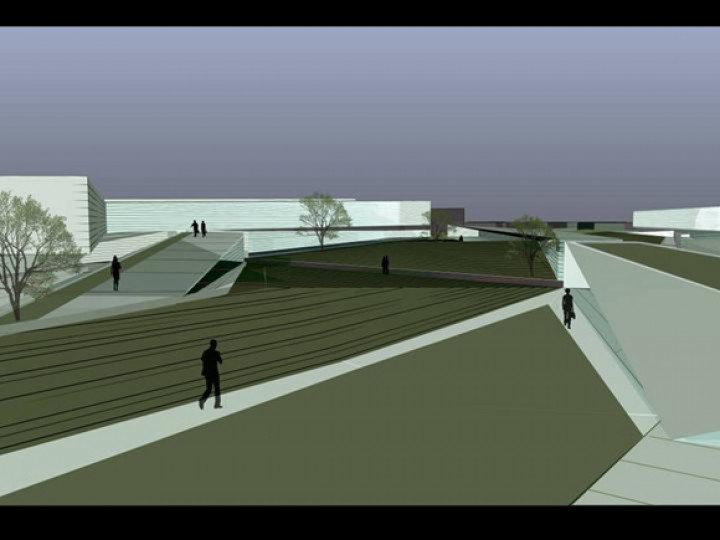 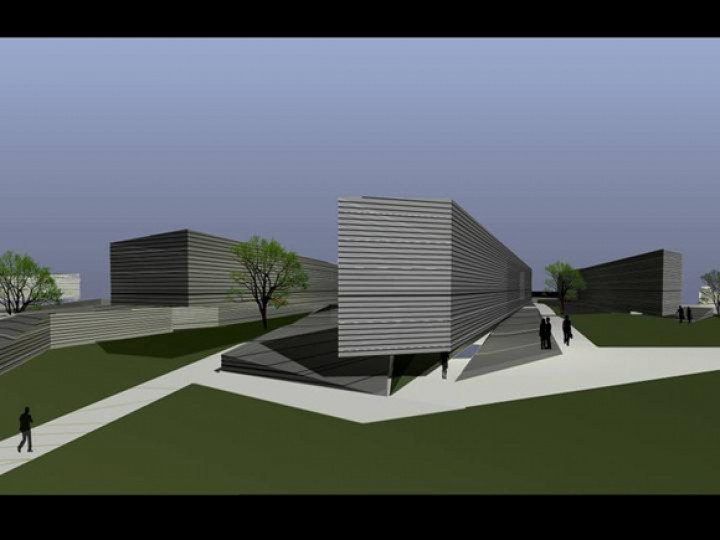 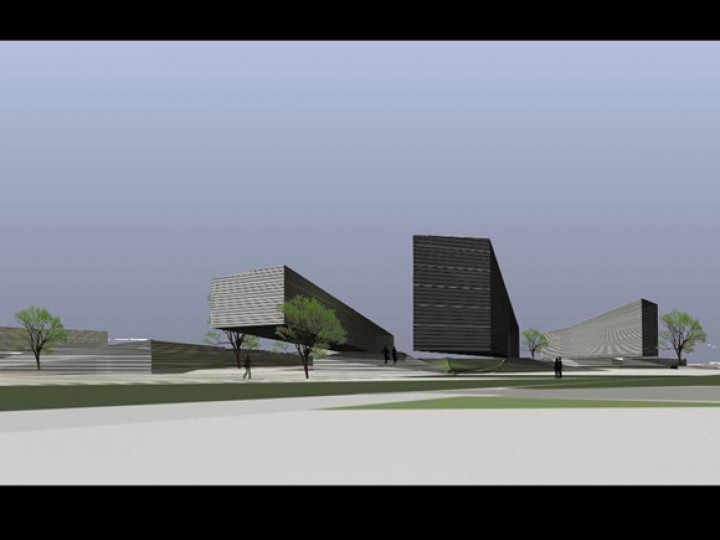 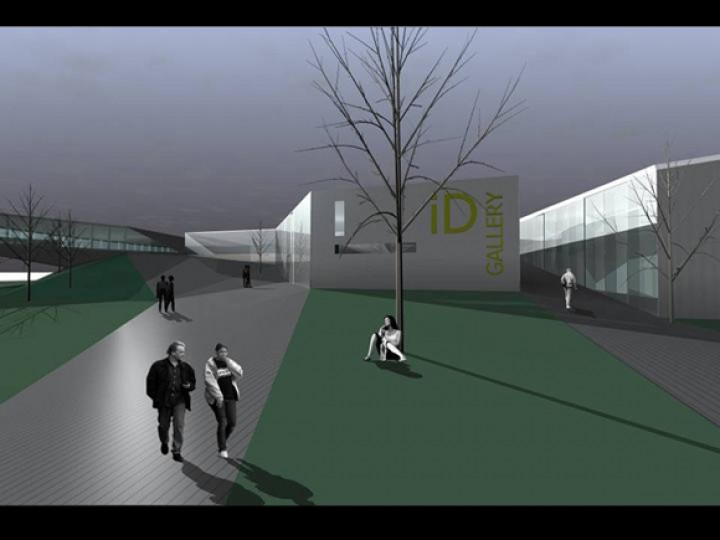 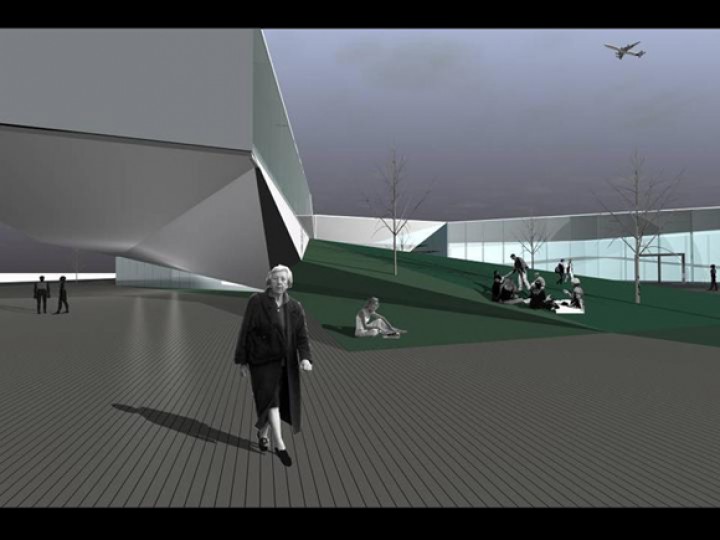 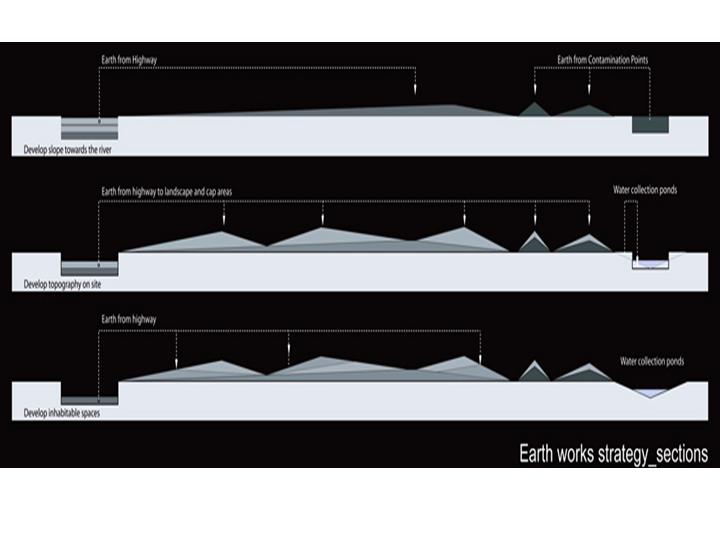 Ground_n is a ‘Park- terrain’ interface, joining the disconnected adjacent urban fabric on one scale, and connecting multiple moulds of earth and built form on another. The overall strategy seeks to reformulate the notion of ‘ground’ as an operational tool that beyond establishing the traditional vertical linkage among levels, it actively weaves through the levels, generating an amalgam that defines diversity through gradients rather than through separation and stratification of layers.

The built mass is distributed through a series of bands that enhance the continuity of the existing fabric to the west, thus promoting urban porosity -movement and exchange, and the possibility of further growth to the east. The project tries to acquire certain intensity with a typology composed of one to five storey bands generating an overall built ratio of 0.7.