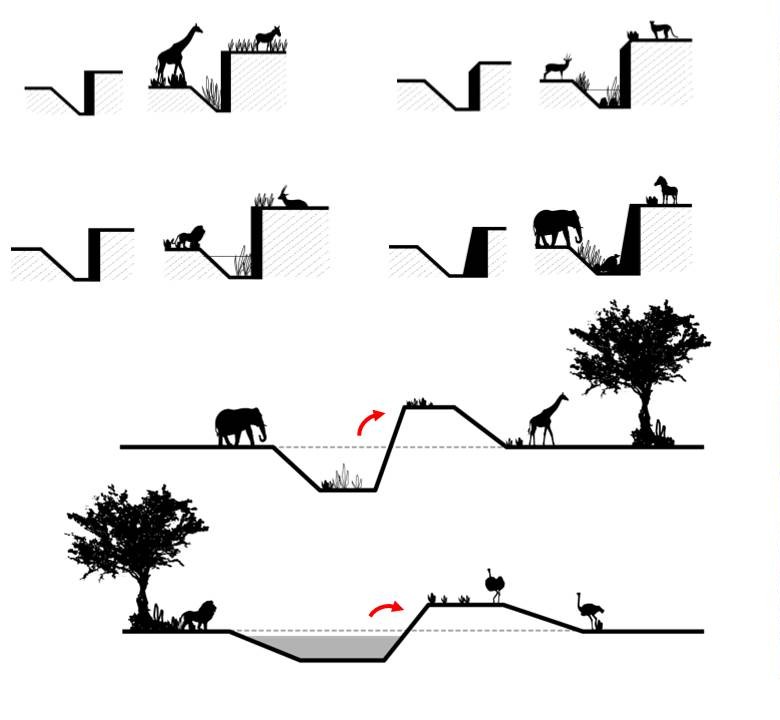 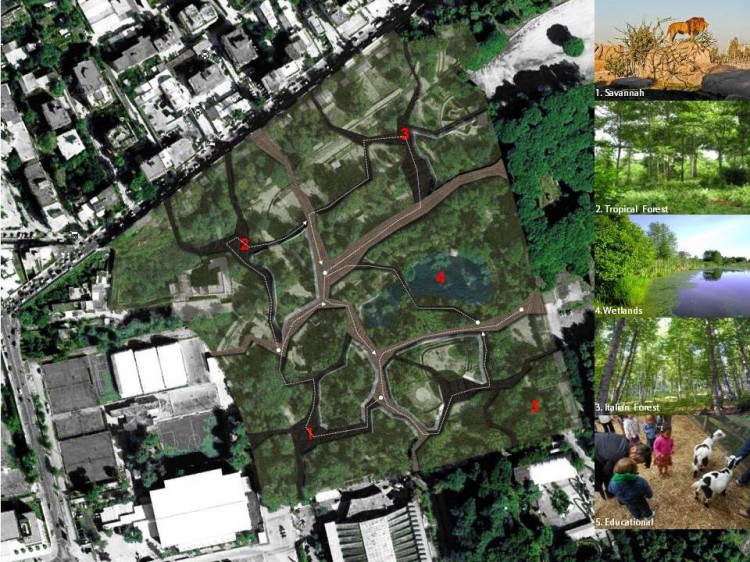 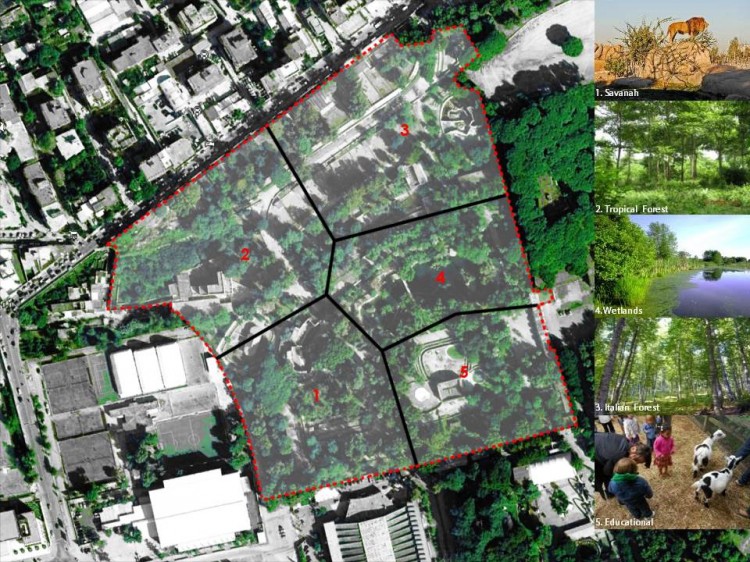 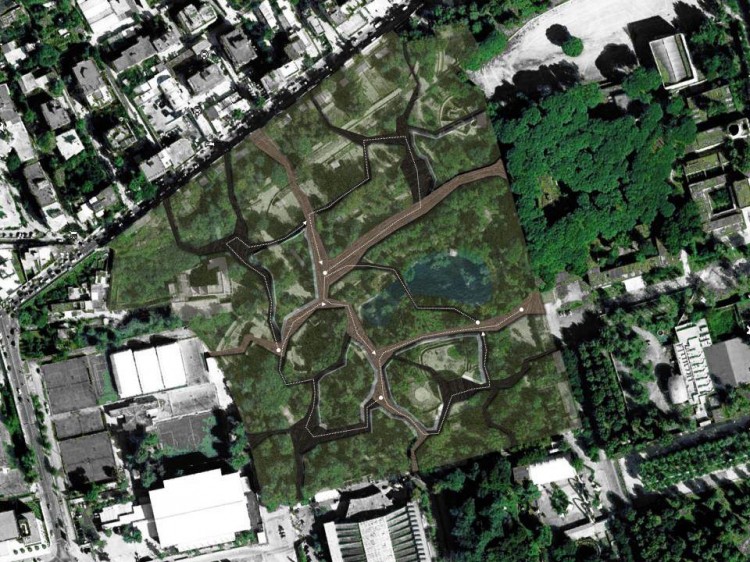 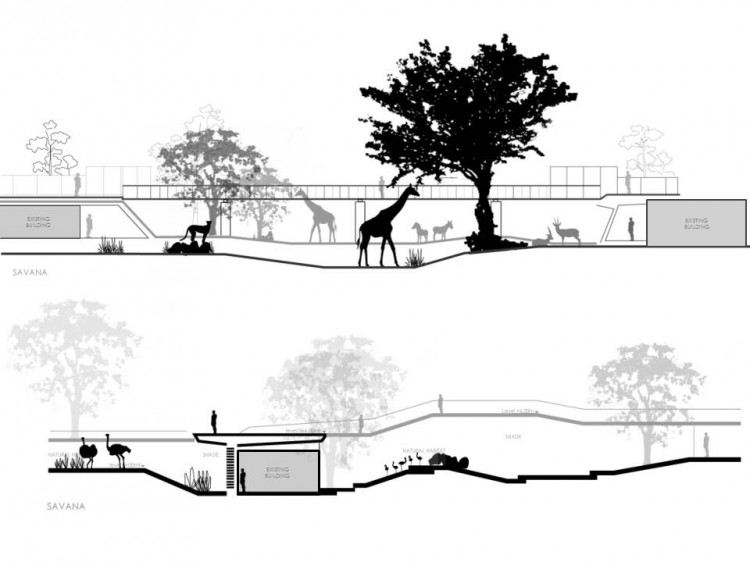 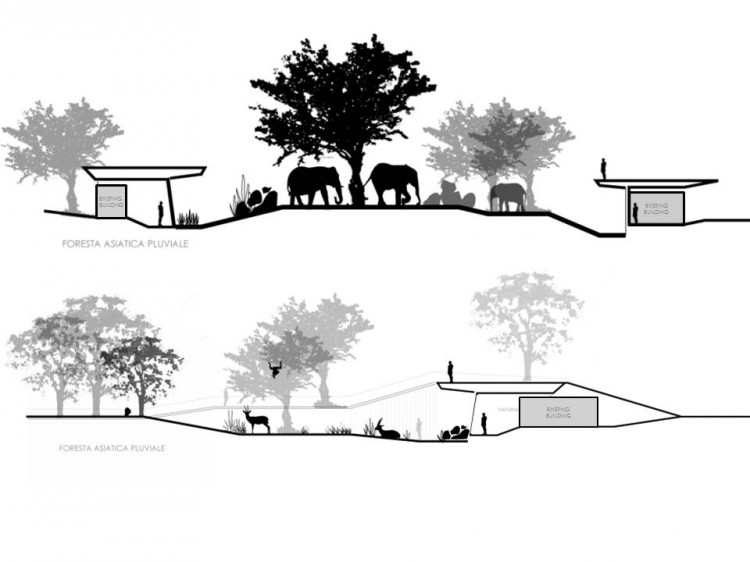 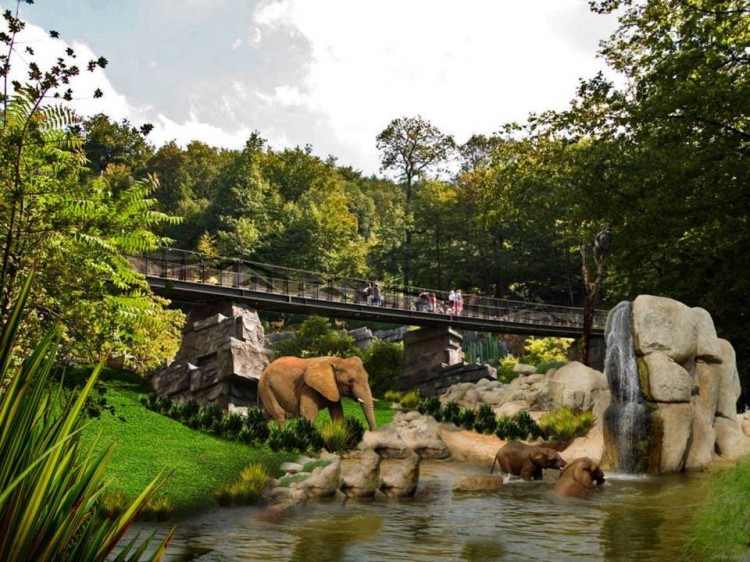 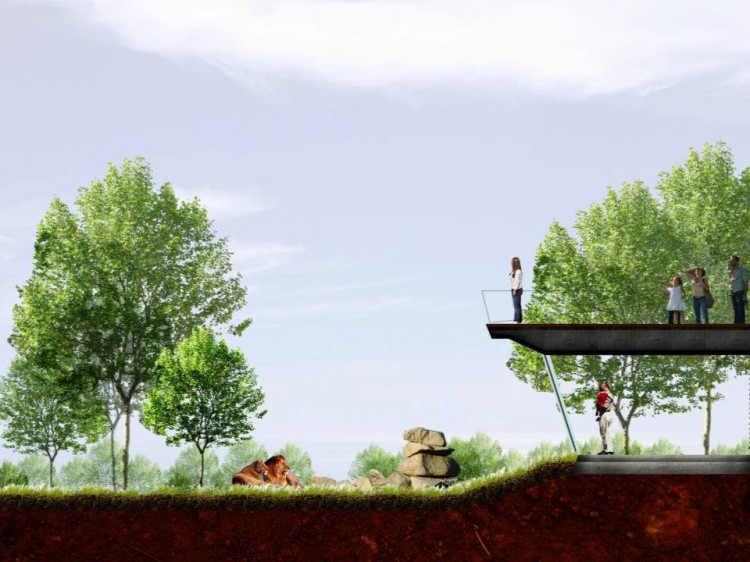 The concept of immersion design is to bring animals and guests within their natural environment  habitat or landscape. Animals  are separated by sunken fences and people move through sky walks thus allowing as much space as possible for animals and the best views for people. The proposal also considers the integration of the existing heritage buildings from the fascist age on the site while maintaining its aesthetic identity. This strategy attempts to put value on historical buildings and at the same time, take advantage of the existing facilities for the new development. Man-made structures along the pathways serve as interpretive “nodes” in which visitors can learn more about animals and their conservation in the best possible conditions for animals, people and buildings.